We would like to offer our sincere support to anyone coping with grief. Enter your email below for our complimentary daily grief messages. Messages run for up to one year and you can stop at any time. Your email will not be used for any other purpose.

Read more about the life story of Madeleine and share your memory.

Madeleine Jean (Day) Renfro Ewing, NJ - Madeleine (Maddy) Renfro, 83, succumbed to her battle with lung cancer the morning of July 9, 2022 in her home.

During her long life, she struggled with depression, but she was always encouraged that life was worth the effort and she should try and enjoy it.

Her younger years were rough, as this was the beginning of WWII, where she remembered as a child hearing the bombs hit nearby.

Her parents divorced four years after her younger sister's birth in 1946, and was unable to live with her as typical families do. Her father remarried, and then her mother struggled with her own depression. After completing secondary school at 15, she was placed in foster care, with a very strict woman, who expected her to pay her way and demanded all her wages; all this whilst working as a maid for said foster mother. For play, Maddy enjoyed roller skating and did so in competitions with a man that she would soon be engaged.

Maddy's mother worked at a dry cleaner in Finchley and met James Renfro when he was a customer. She felt that there could be a connection with him and her daughter if they ever met. James was invited to a Christmas party, where he met Maddy for the first time. Six hours later he asked her to marry him. They remained married until he passed away 43 years later. They raised their children in Euless, TX, then moved to Milford, TX, then onto Irene, TX until his death in 2003. She then had the opportunity to live with her sister Gillian, whom after an 11 year wait, finally immigrated from the UK. They were  finally able to get to know one another as they should have as children.

Maddy is survived by four half-siblings: Kathy Patmore and husband Melvyn of East Barnet, Herts., UK; Chris Day and his wife Hilary of Cheshunt, Herts., UK; Tina Leisegang and her husband Hans of Durban, South Africa, and Jenny Yiannouris and her husband Costas of Nicosia, Cyprus.  Two sons Charles Renfro and wife Pam of Bedford, TX, and Adam Chandler-Renfro and husband Jason, of Ewing, NJ, three grandsons: Chris and wife Christie of Benton, AR; Eric and wife Stephanie of Rio Rancho, NM; and Matt with wife Kaitlyn of Benbrook, TX. She has 8 great-grandchildren.

Funeral services will be held on July 29, 2022 at 11am at Church of the Incarnation in Dallas, TX., 3966 McKinney Ave.. Reception following.

To send flowers to the family or plant a tree in memory of Madeleine Jean (Day) Renfro, please visit our floral store. 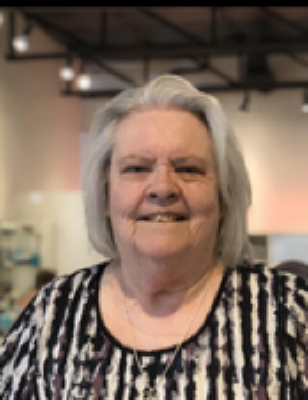 In Loving Memory Of

Look inside to read what others have shared


Family and friends are coming together online to create a special keepsake. Every memory left on the online obituary will be automatically included in the book.

You can still show your support by sending flowers directly to the family, or by planting a memorial tree in the memory of Madeleine Jean (Day) Renfro